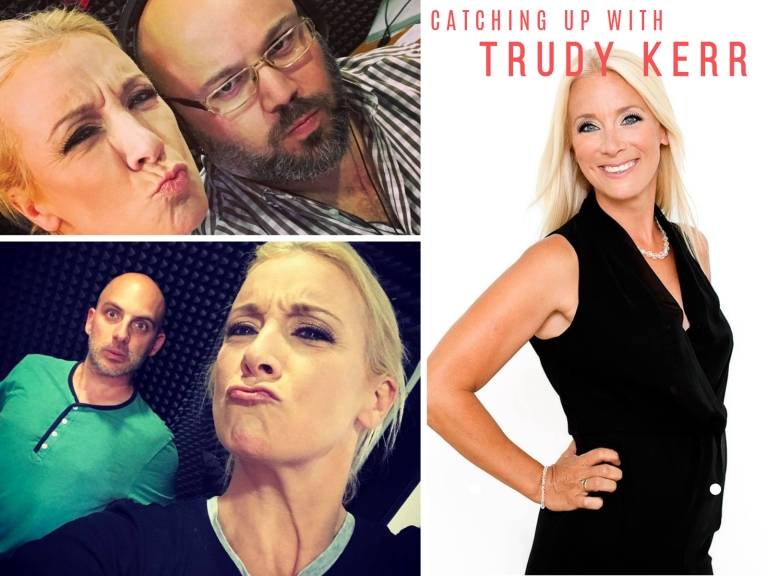 When did your love for music first come about?

I grew up with vinyl and tape decks. When I was a teenager there was no Facebook, few mobiles and the internet looked nothing like it does now, so music played a much bigger role in people’s lives than it might now. I can remember sitting on the floor by my Mum and Dad’s stereo system, recording different tracks from records onto a ‘Favourites’ tape to play on my Sony Walkman. That took dedication, and created a real love of music.

How did your career as a radio host come about?

About 5 years ago I was invited by Clint Bajada to appear as a guest co-host on a show on One Radio. I did that for about 8 weeks and then went off to Australia for a month. When I got back I found out I had been lined up for two weekly shows! From there I went on to present and produce TV for three years, whilst keeping up with the radio too. Last summer I decided to take a break from TV and radio, until Jay called me in the Autumn and offered me The Big Drive Home on XFM , which now very much feels like home.

Do you remember the first ever show you hosted? How was it?

I do, very much so. Whilst I was driving around Australia I kept hearing Armin Van Buren and Trevor Gutherie’s track ‘This is what it feels like’, and by some incredible coincidence Trevor Gutherie was playing in Malta the weekend I had my first show. I contacted him and he said yes to coming on air – so, my first show was with a top star guest and international popstar, with TV cameras and all the works!

We have heard you host alone and with other people. What are the pros and cons of hosting alone or with a co-host?

I mix it up on the show between hosting alone, having guests and having a guest co-host on Fridays. There is a method in this madness and it is all based on the day of the week and what the listener needs. For instance, I have Chris Dingli or Tez Camilleri on the show with me on Fridays to finish the week on a high, kicking back and having a laugh before the weekend. In the week I might kick off on my own on a Monday, and then have a range of guests throughout the week, depending on what is going on and what is relevant. All three formats have their merits but it is all about the listener and delivering the best product, rather than which is easiest or what I like.

You have interviewed various artists on your show, who has been your favourite so far?

Well, that would be a very difficult question to answer. In my career I have been fortunate enough to interview international world leaders, pop stars, artists and a whole bunch more, but you know, the most interesting are often the ordinary doing the extraordinary. That said, Trevor Gutherie is still a firm favourite. lol

What has been your most cringeworthy experience on live radio?

Maybe not cringeworthy, I have had guests who have just frozen on air. Completely frozen. Something along the lines of:

Trudy: So, thanks for joining me this afternoon, how are you, how has your day been?

Trudy: what have you been up to?

Trudy: … ok, so tell me about your new single

If someone hasn’t heard your show before, how would you describe it?

Honest. I laugh loud, sometimes get things wrong (usually its pronunciation) and get pretty involved in the show and the guests, and get very enthusiastic about the music. But its honest. Everything you hear on air is real. Yes – I really do laugh like that.

Are there any new projects in the pipeline apart from your radio show on XFM?

I am always very busy, with a little media company and some terrific clients I am always ‘flat out’, that said, at XFM we are always working on ‘more for the listener’, and a lot is going on there too.