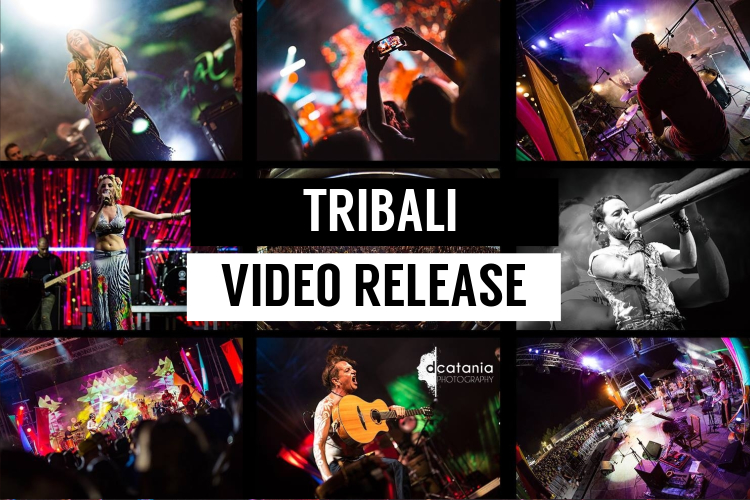 Tribali consists of Antoine on Drums, Samples, Harmonica and Vocals , Peter Paul on Djembe, Nylon Guitar and Vocals , Eliza as Main Vocalist, Liam on Bass , Andrew on Electric Guitar and Sitar and Nikki on Didgeridoo, Morchunga and Vocals. Together they create this masterpiece of a sound. They have a unique and eclectic sound which is created by using an array  of  unconventional instruments and an unlikely fusion of musical genres. This is what makes them so unique and this is what makes their songs so magical.

They have performed alongside some very diverse world-class acts, such as Moby, The Prodigy, Faithless, Ziggy Marley, The Wailers, G3, John Butler, Wolf Mother, Crowded House and The Specials to name a few.

Anyone who has ever been to any of their shows can agree with me that their performances are an energetic journey from beginning to end. The vibe they create on stage is mind blowing and you leave home with such a good feeling. Their aura literally rubs off on you, all you need to do is look around you and all you will see are happy faces.

Earlier last month Tribali launched their 4th studio album called ‘Raba’ and I cannot wait to hear it live at their concert on the 4th of July (yes everything revolves around the number 4 it seems right? ) at the Greek Theatre in Ta’Qali. Be sure to get your tickets via TicketLine as I have no doubt they will sell out soon.

In the meantime Tribali have just released their music video for ‘Sitarcika’ which is one of the tracks from ‘Raba’. This beautiful visual was in the hands of Dery Sultana (Director and Editor), Mad About Video took care of projections and LAVA Graphics Ltd. were assisting in production. The video just enhances the tune even more so sit back and indulge your senses.