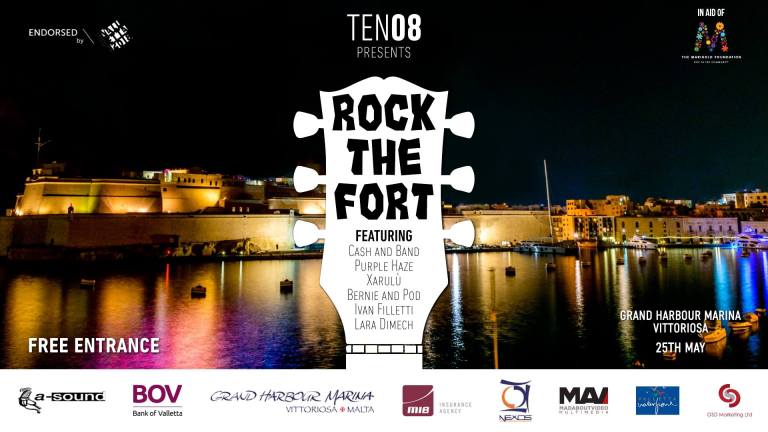 TEN08 is an Entertainment group that have been producing various successful musicals since the year 2000. Last year I had written a review on a musical they had produced in Birgu. It was an amazing show and I cannot praise these talented bunch of people enough.

This year they decided to change things up a bit and instead of producing a musical they opted to Rock the hell out of the fort instead.

The event will be this Friday 25th May 2018 at the unique location of the Grand Harbour Marina, Vittoriosa (beneath the gates of Fort St. Angelo).

It will be a FREE ENTRANCE for everyone as donations will be collected in aid of The Marigold Foundation – Malta.

Rock the Fort is also endorsed by Valletta 2018 – European Capital of Culture.

The Valletta Ferry Services and Dgħajjes tal-Pass will be extending their operations between Valletta & Cospicua until 1.00AM. More information can be found on: http://bit.ly/RTFAccessibility.